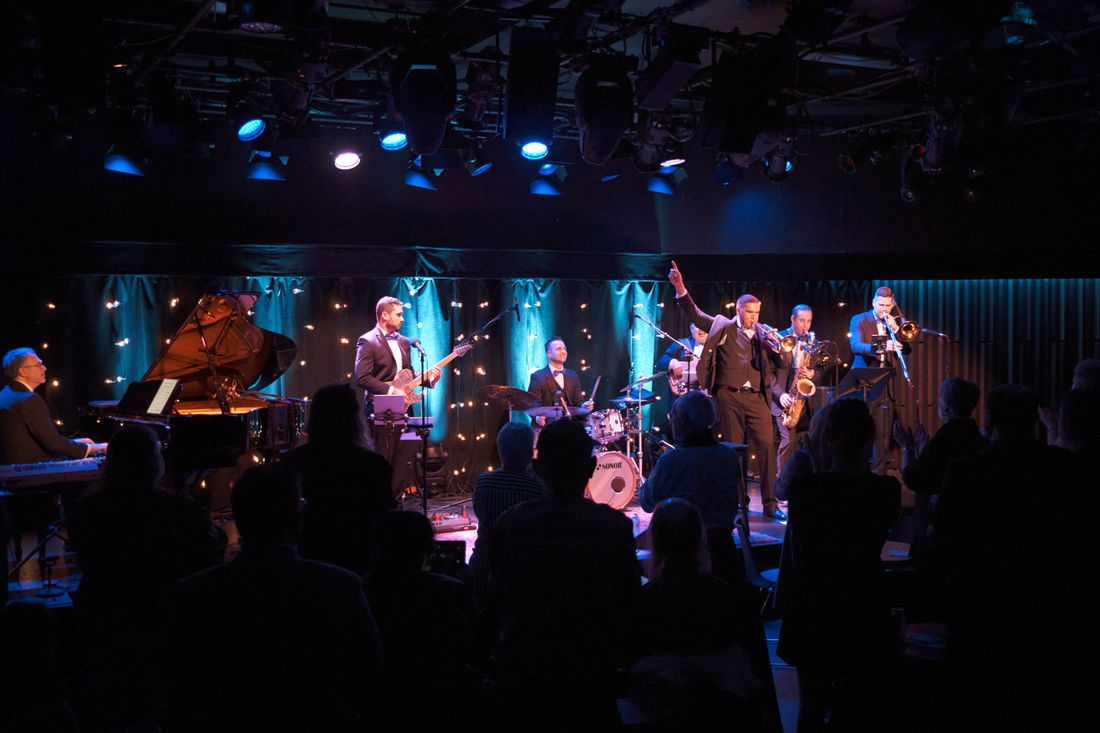 Some of Canada's finest musicians have come together to showcase the incredible music of the James Bond movies. You’ll be treated to the incredible vocal stylings of Rebecca Noelle and Michael Curtis Hanna along with their mighty 7 piece band.

Blessed with a searing three octave range, Rebecca's voice has been featured on CBC's The Vinyl Cafe, BBC Radio in the U.K., Sirius Radio in North-America, Radio Bremen in Germany and countless frequencies worldwide. She's toured Europe extensively, performed in Asia, and most frequently in the USA, and Canada. Rebecca has performed for the Canadian troops in Kuwait, Alert, and most recently the United Nations base in Mali. After making waves as the 1st runner-up on TVA's La Voix, The Jacksons invited Rebecca to be a guest vocalist during their Canadian tour. She's been featured on stage with Patsy Gallant, BB King, Birdy, Marc Dupre, Roch Voisine and Johnny Winter. Rebecca is currently writing her 3rd solo album, and also records and performs with her electronic duo The Stellasonic, soul big-band The Commotions, and pop-art troupe The PepTides. Although Rebecca has had the privilege to try her hand at just about every musical style she's wanted to over the years, it’s her natural affinity for jazz and captivating presence, that set this stunning singer apart. With a velvety tone that is simply unforgettable, Rebecca expresses an honesty both lyrically and musically, that nurtures a unique connection between audience and artist.

Michael enjoys the improvisational stylings of Jazz, the freedom of the blues and the spiritual fire of Gospel. He has performed on stages across the US, Canada and Japan. Michael currently enjoys collaborative work with first-class musicians in Ottawa He can be found on NAC 4th Stage during Christmas, in the Gift of Jazz during Black history month production at the National Gallery of Art and around town throughout the year. Michael has been recorded on several digital compilations including the 'Right Words to Romance' by Darold Gholdston, 'Have yourself a Jazzy little Christmas' by John Dapaah , 'Michael Hanna Family and friends' by Sir Roland Hanna and the soon be re-released 'Pete Foret Project'. In addition to his singing , Michael manages RMI Publishing, developed to promote the over 300 compositions of his father; the late Sir Roland Hanna.